I have contributed to these recent textbooks useful for Finnish adolescent mental health professionals:

I also want to pay attention to fiction and biographies I find useful for adolescent mental health professional. These books are also a pleasure to read:

Harry Potter and the adolescent development
I am fascinated about the Harry Potter series as textbook of adolescent development.
As is known, Harry is an orphan who is raised in the family of his aunt Petunia. Petunia is tormented by sister envy, as it was her trauma that her sister Lily belonged to the world of magic and she didn’t. Hence, the aunt’s family actively dislikes Harry, who until the age of 11 is unaware of his magical powers and his special position as the only wizard who ever survived the death curse applied by Lord Voldemort, the darkest of dark wizards. Lord Voldemort lost his powers attempting to kill Harry. In the magical world, this is known to all except Harry himself. Harry and his friends experience breathtaking adventures when Lord Voldemort seeks to return to his powers. Harry survives years of deprivation in the aunt’s family and acute stress created by facing dark powers, and does not even develop narcissistic problems despite being praised as a very special person with incomprehensible powers. It turns out that he is protected by the magic of early interaction: the love of his mother during his early development, and consequently his secure attachment relationship.
In the second part Harry faces identity insecurity. What inherited characteristics unavoidably define his identity and his fate, and where does he have a choice? In the age of 12 Harry is, as typical in childhood, strongly dependent, and feels that the (assumed) parental inheritance is determinative over his own will. In the following volumes, the first romantic feelings between the boys and the girls emerge. Harry and his friend Ron try to understand the inner life of the girls, and make the first, not so successful, attempts of romantic contact. Voldemort returns. Harry is concerned of societal issues and frustrated about the weakness and imperfectness of people. It is difficult for him to integrate unpleasant knowledge of his father’s youth with his fantasy of a perfect father, and similar problems emerge everywhere. The good and the evil are more difficult to distinguish than he had thought. In the end, he has grown out of the black and white thinking typical of middle adolescence.
Harry’s adolescent development is perhaps completed at a very early chronological age, but otherwise the story is really a textbook of adolescent development.

Alex Drummond: Grrl Alex: A Personal Journey to a Transgender Identity
The abstract in amazon.co.uk says: ‘Gender-queering’ challenges the assumption that to cross genders requires ‘passing’ – convincing others that you really are the ‘opposite’ gender.
An interesting, intelligent book, and a pleasure to read, I really recommend.

Jodi Picoult: My Sister’s Keeper (suom: Sisareni puolesta)
A must for child and adolescent mental health professionals. About family, the borders of commitment, autonomy, self-determination, abuse, and love.

Jodi Picoult: House Rules
Autistic Jacob is accused of murder. I do not agree with some aetiological theories of autism or with some beliefs of treatment presented mainly through the main character’s mother, but this story is an excellent description of how high functioning autistic person thinks and acts.

Mark Haddon: The Curious Incident of the Dog in the Night (suom: Yöllisen koiran merkillinen tapaus)
Another great description of autism

Malin Persson Giolito: Ströst av allt
Another story of a school shooting, and of an adolescent girl left with too much responsibility. A very different shooter than in 19 minutes, or in

Lionel Shriver: We need to talk about Kevin
This school killing spree story is surely best known, thanks to the movie, but I recommend reading all the three, and comparing the implied explanations for the big why.

Åsa Nilsonne: En passande död
A woman is diagnosed with Alzheimer’s disease and wants to be in command of the rest of her life, and of her death. Includes hard critic against questionable ethics of contemporary biomedical research. 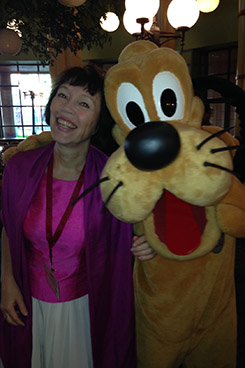